Despite their name, Old English fonts aren’t particularly English. In fact, what is known as ‘Old English’ writing was employed not only in England but also in France, Germany, Italy, and the Netherlands between the 12th and 17th centuries for a variety of complicated reasons. As a result, these typefaces are often known as Gothic fonts or Blackletter fonts.

We scoured the web and are delighted to present to you the best collection of old English fonts to transport you back to the era of handwritten scripts. This collection has everything you’ll need for your design projects, including vintage script fonts, blackletter fonts, gothic calligraphy fonts, and much more. 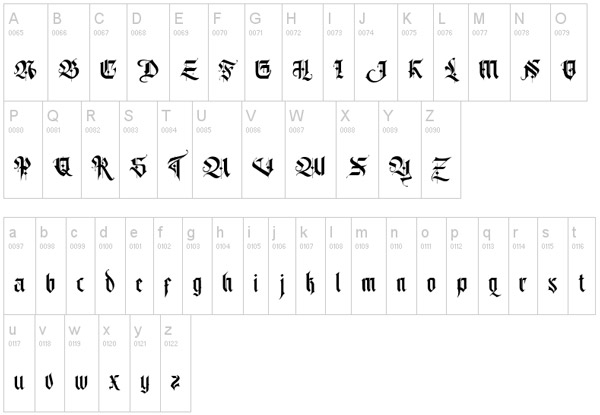 Lordish, one of the most exquisite Old English fonts we’ve seen in a long time, has a lovely sweep. This font, which includes uppercase, lowercase, punctuation marks, and international characters, would be a great choice for a display font or a tattoo font.

Old English fonts must strike a delicate balance between ornateness and legibility, which Halja does admirably. A modular Old English font with sharp edges and a powerful presence, this typeface is best suited for use in display settings or logos due to its heavy stroke contrast and exquisite detail. 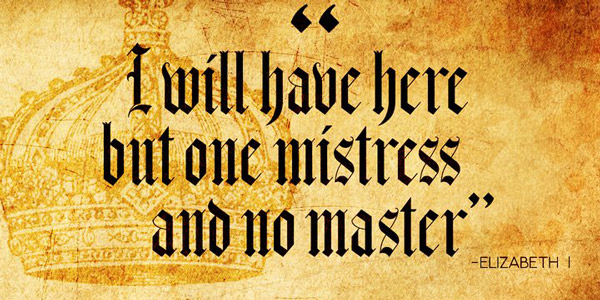 Helmswald Post is one of the few Old English fonts that combines a medieval script with a clean, modern appearance. It’s both attractive and adaptable, with a nice blend of wispy terminals, flashy capitals, and effective use of negative space to generate contrast. This Old English font even includes Cyrillic characters, and it’s available for personal use for free. 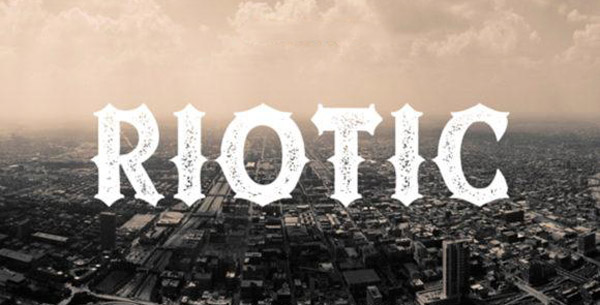 Riotic, another fantastic Old English font by RVQ Type Foundry, is a stunning simplification of the style, resulting in a look that is both completely fresh and comfortingly familiar. Multilingual support, currencies, numerals, and punctuation are all included in this typeface. 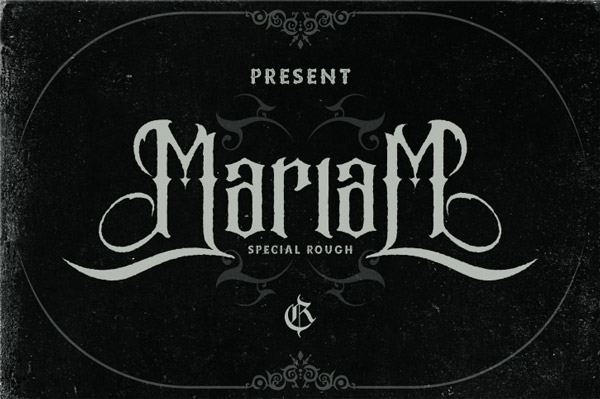 If you’re looking for an Old English typeface with a sense of formality and geometric regularity, go no farther than RVQ Type Foundry’s The Mariam Story. This charming design takes the elements of the medieval script and gives them a modern and graceful twist that would be perfect for a children’s fairytale book, for example. 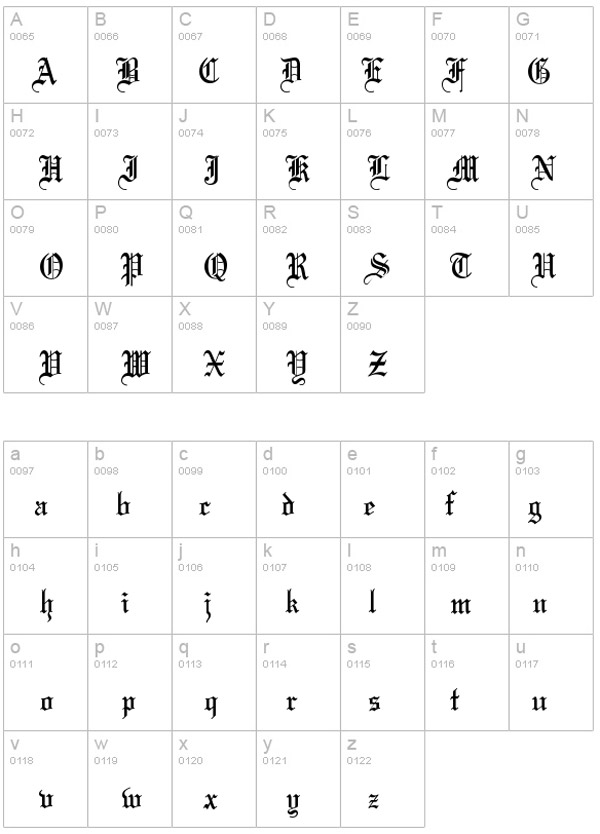 Mariage is a heavily classicized Old English font designed by Morris Fuller Benton (1872-1947) of the American Type Founders in 1901. It’s based on elaborate medieval letterforms, but it’s been cleaned up and made more readable for a Victorian audience. 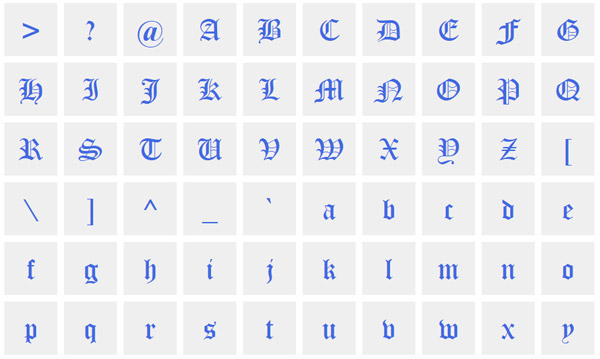 Old English Text is one of the oldest and best Old English fonts available. It was designed by Monotype in 1990 and is based on Caslon Black, a typeface created by William Caslon in 18th century England that blended design elements from both the medieval and Victorian eras. 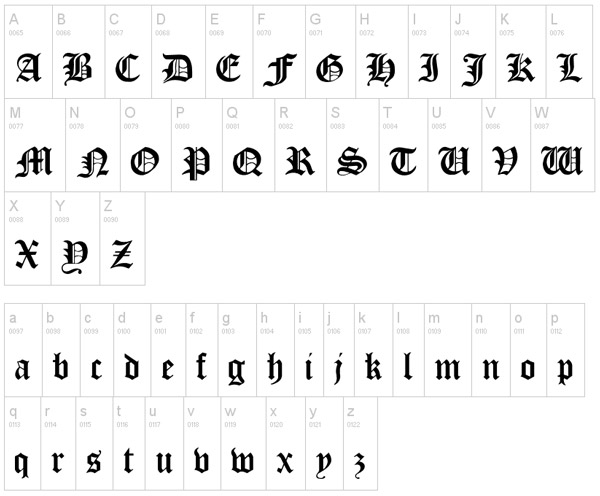 Another classic that no selection of Old English fonts could be complete without. Cloister Black is based on the typeface designed by Joseph Warren Phinney and Morris Fuller Benton in 1904, which was itself based on 18th-century sources. It was created by Bitstream, one of the first independent digital type foundries (it was acquired by Montotype in 2012). 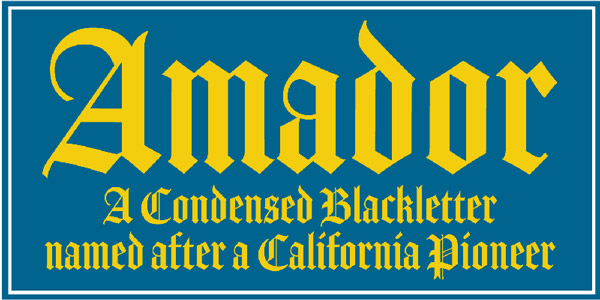 Amador was produced as a Type 1 font in 2004 by Jim Parkinson and is one of the most eye-catching Old English fonts we’ve encountered. In 2012, it was re-released as basic Open Type. The Arts and Crafts movement, as well as the works of Frederic Goudy and Rudolf Koch, inspired this Old English font. 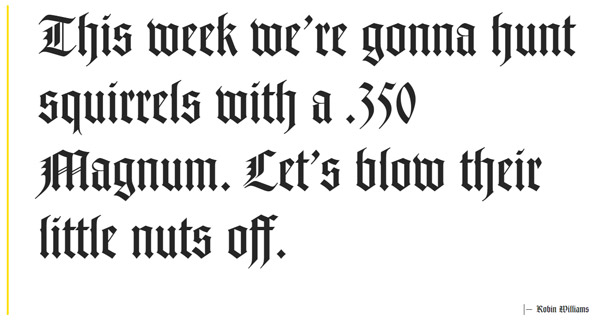 Notre Dame, another of our favorite religious-themed Old English fonts, was designed in 1993 by Karlgeorg Hoefer, who was inspired by the construction of forms that were originally primarily employed for liturgical purposes. Ornaments and borders were created using digital techniques, giving the design a late Gothic appearance.