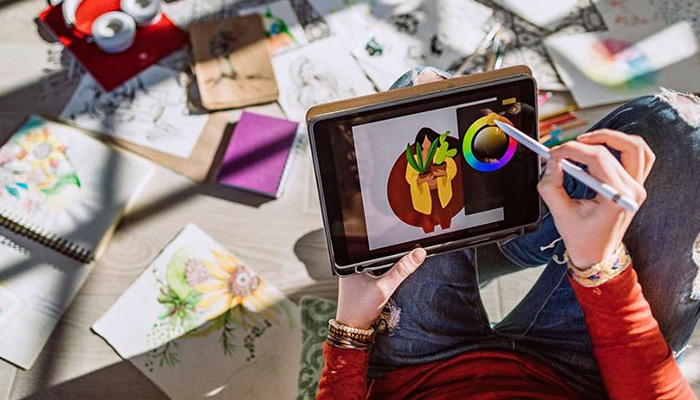 Every designer knows there are good and bad days. Whether you are a rookie or a seasoned pro, there are days when you just can’t get your creative juices flowing. That’s why it’s essential for every creative to find inspiration, which could come in the form of a person, thing, place, experience, and sometimes, a quote.

Find your inspiration below: 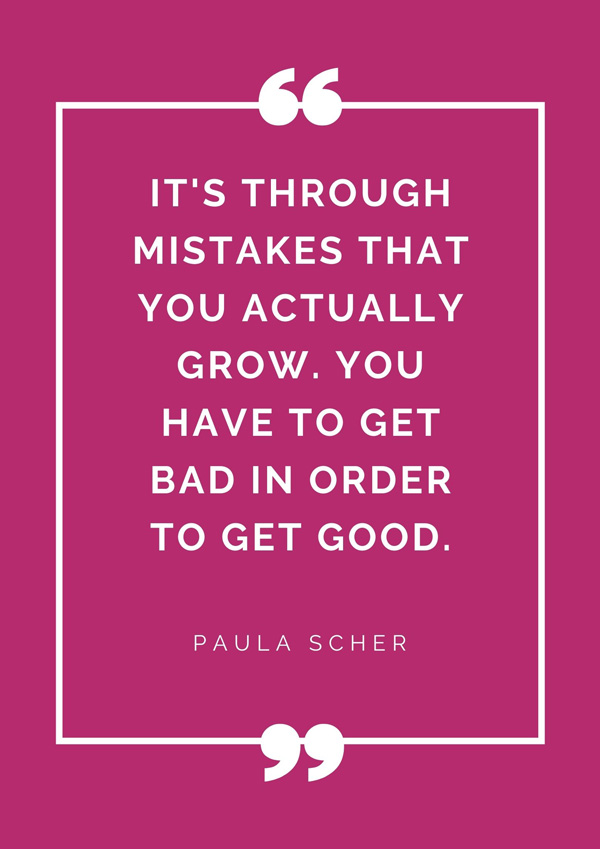 Paula Scher is the first female principal of the world-renowned New York design firm Pentagram, and she has a diverse design portfolio that includes the Windows 8 logo.

Scher also has extensive teaching experience, having taught at the School of Visual Arts (SVA) since 1992. It’s no wonder, then, that her most popular graphic design quote is about learning from one’s mistakes. It’s a good lesson for almost any artistic person, not just graphic designers. 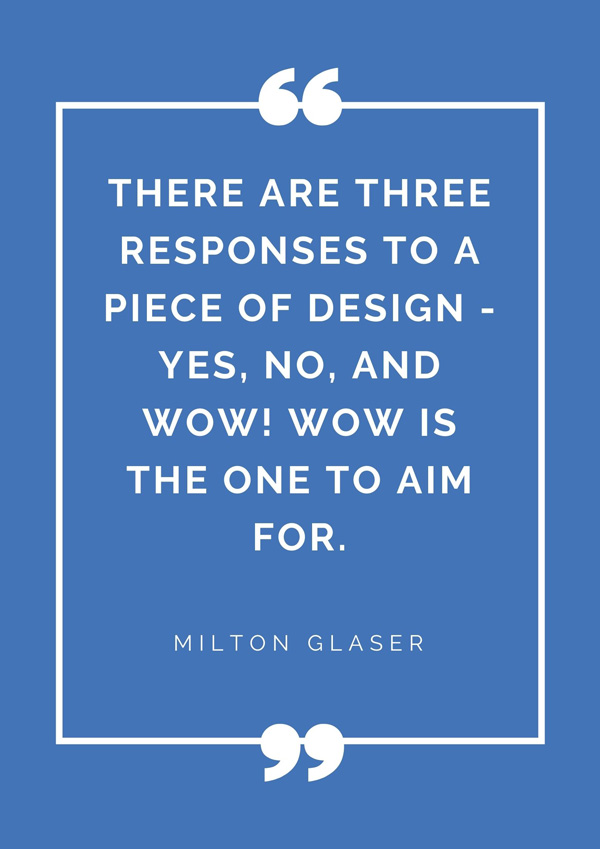 Milton Glaser was a New York designer best known for creating the iconic “I Love New York” logo as well as psychedelic album covers for artists such as Bob Dylan and Aretha Franklin.

This excellent quote is a perfect reminder that as a graphic designer, you should aspire to inspire and surprise clients with a brilliant, original design. The wow factor should not be a welcome surprise; rather, it should be the primary purpose of every concept you have.

Chip Kidd is an artist who specializes in book cover art, and he has created several stunning book covers for classics as well as new writing.

Naturally, anyone who has had such excellence in commercial design is an excellent source of realistic advice. This graphic design quote serves as yet another reminder that research and respecting your clients’ desires are often just half of the work. 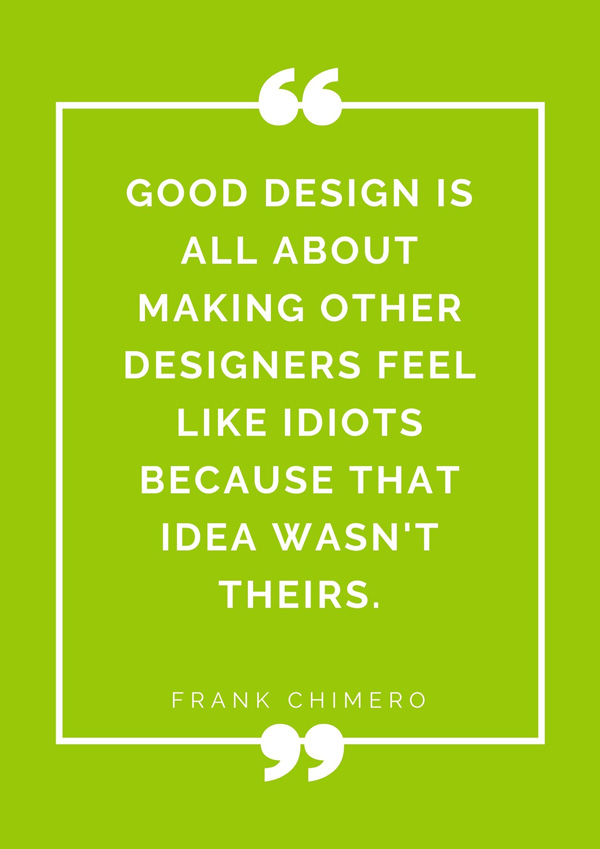 Since he created the Windows Media Player interface at the age of 17, this creator has earned the right to brag. But making other designers sound like fools isn’t about being arrogant. The quotation by Chimero simply refers to the beauty of good design. The true challenge is to create a piece of design that is both effective and unbelievably simple, which would make most designers look like fools for not realizing what was right in front of them. 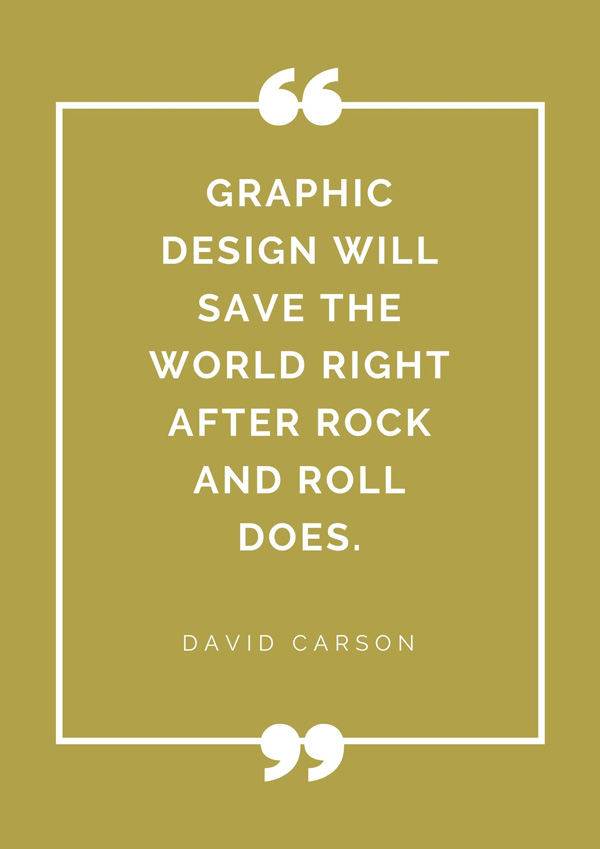 David Carson, an art director, and surfer is also a “rule-breaker” in the field of graphic design, and the pioneer of grunge typography, which can be seen on numerous posters and magazine covers today.

An inspiring quote from this design legend is, unsurprisingly, equally cool. Sure, it may seem random at first, but this bold assertion contains a grain of truth. Rock and roll became so famous because it reached into universal human emotions such as being young, angry, in love, and so on. Carson is implying that great design has the power to do the same, to visually unite people based on their shared experiences. 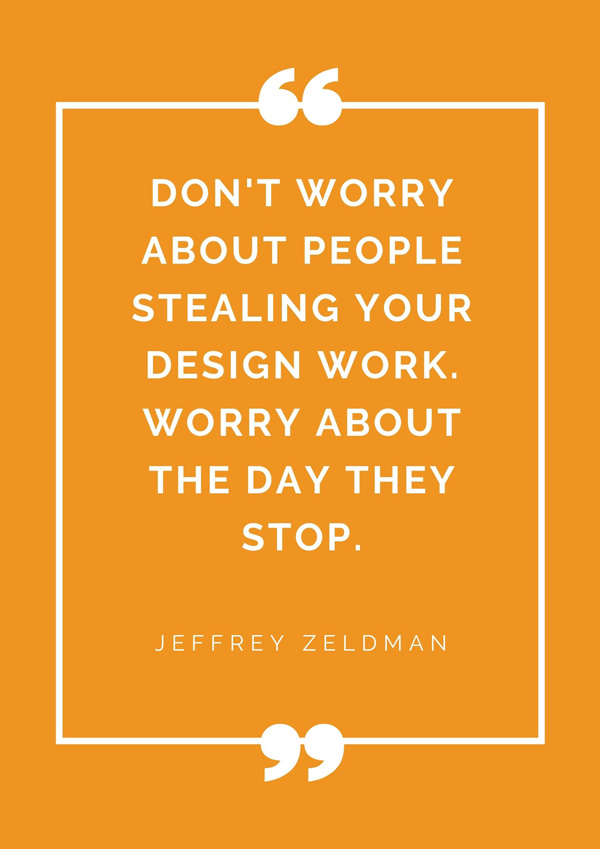 While we’re on the topic, it’s only fair to quote a well-known web designer like Jeffrey Zeldman. It’s another good example of how to spot poor design. Instead of thinking about people stealing your brilliant ideas, just get to work. And if it seems that no one is interested in what you’re doing, it might be time to shake things up! 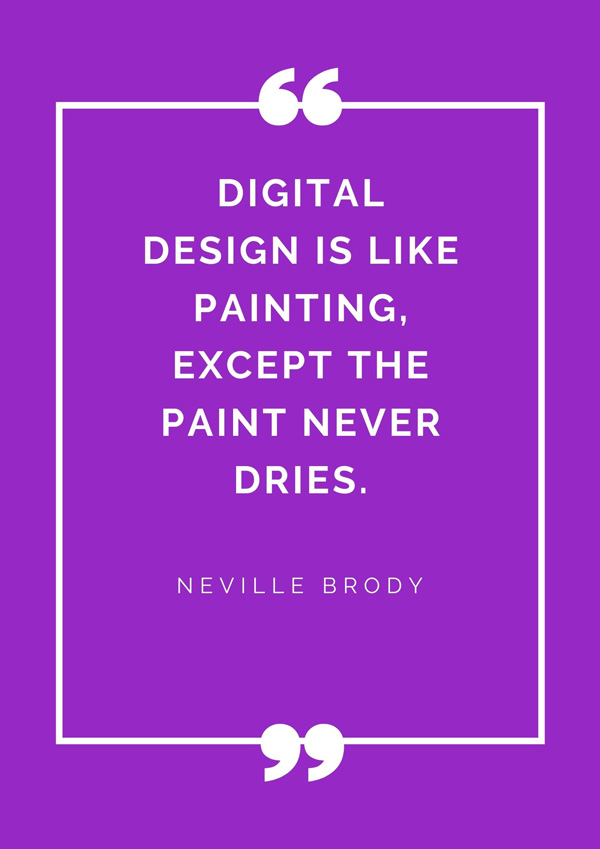 This English artist, typographer, and art director is well known for his work in The Face and Arena magazines, as well as many well-known album covers.

His iconic quote on digital design captures the ever-changing essence of this type of design perfectly. This is a particularly valuable lesson for designers working for creative startups that in the field of digital design, the work is never over, and there is still room for change and touch-ups. 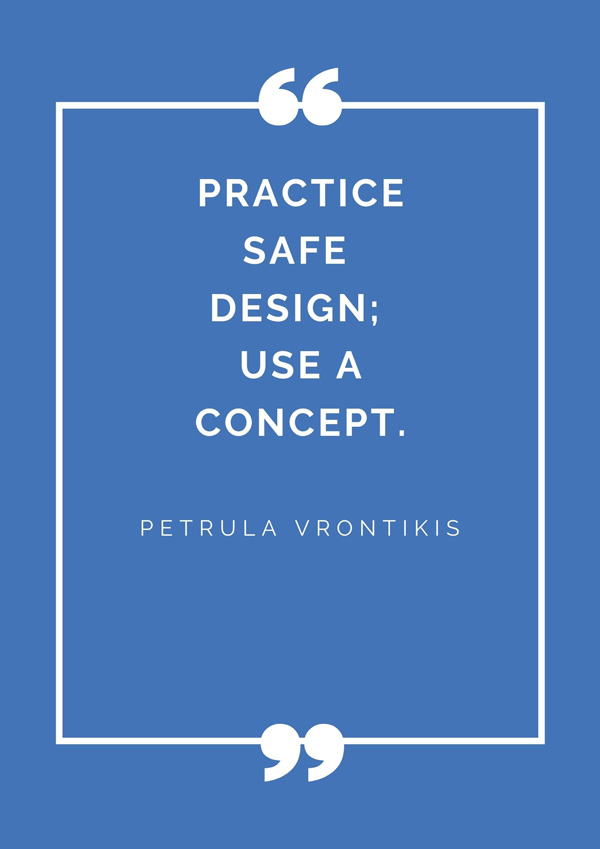 Petrula Vrontikis is a senior lecturer at Art Center College of Design and the creative director of Vrontikis Design in Los Angeles.

Vrontikis, a well-known educator, conveys a vital message with a sense of fun. Her message, though, goes far further than the sly joke. In this context, safe design does not imply unoriginal or boring design. Instead, it serves as a reminder that it is much easier to deliver good work when you have a concept and a plan in mind, rather than having to cover up bad work when it is too late. 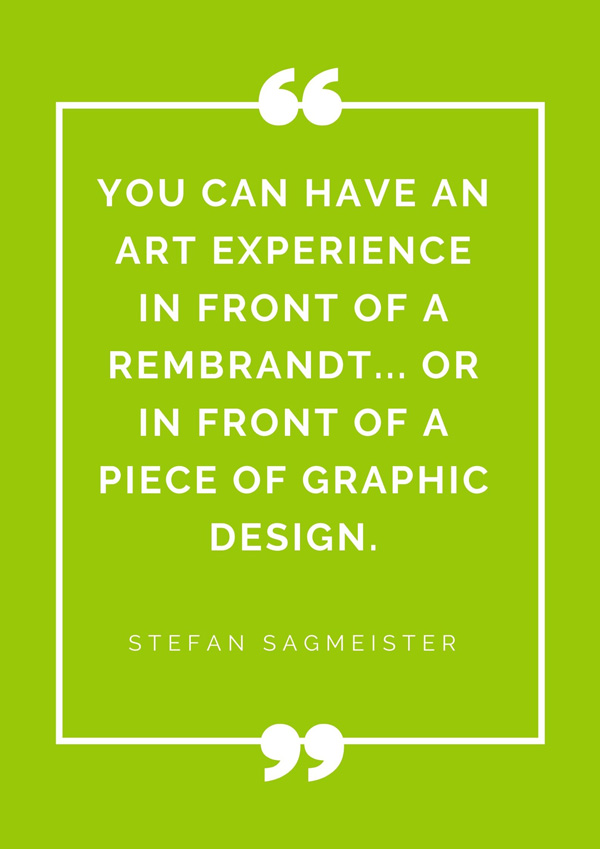 This Austrian designer is well-known for his experimental and edgy projects, including many well-known album covers. He co-founded Sagmeister & Walsh, a design firm he co-founded with another well-known graphic artist, Jessica Walsh. 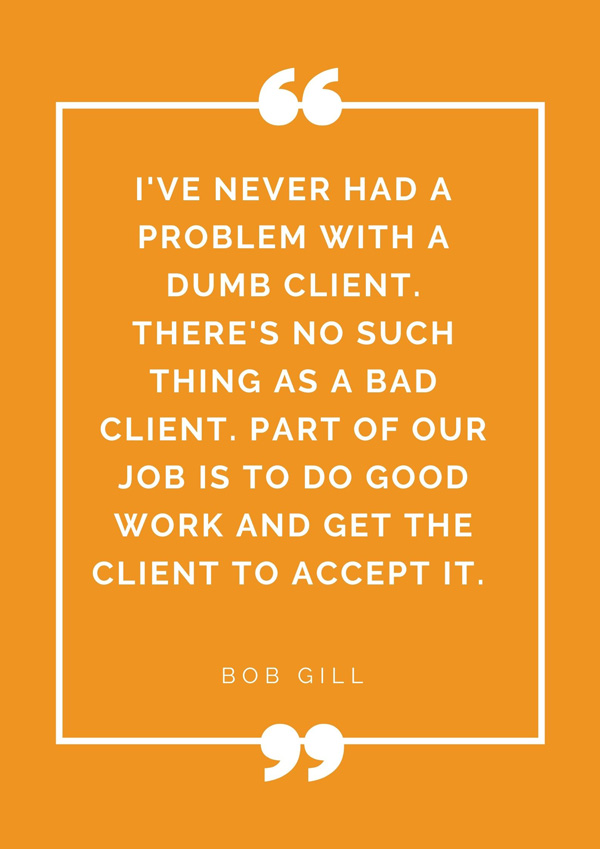 Bob Gill is a well-known illustrator, graphic designer, educator, filmmaker, and Pentagram co-founder. He has over 50 years of industry experience and has worked on many prominent design campaigns.

This is probably the most valuable and applicable quote for any professional graphic designer. One of the most important qualities for graphic designers is strong communication, whether it’s directing clients to send you a better design brief or telling them why a particular piece of design works. It’s similar to what Mr. Miyagi says to Daniel in the 1980s classic Karate Kid: “There’s no such thing as a bad client, just a bad designer.”