With so many brands available on the market claiming to be the best laptop there is, there is no shortage for graphic design artists out there.

Graphic design is a serious profession that necessitates the use of high-quality hardware and software.

Fortunately, laptop companies manufacture products for a variety of categories and professions. In this article, we’ll go through some of the best graphic design laptops on the market in 2022. 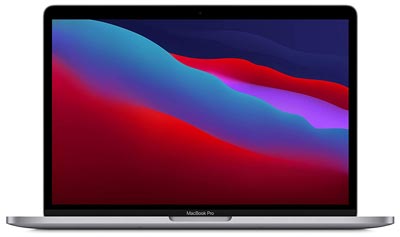 The 13-inch MacBook Pro, which was released in November 2020, didn’t look all that different from previous generations. On the inside, however, it was a completely different beast. The first ‘pro’ Mac, based on Apple’s Silicon M1 system-on-chip, delivered impressive performance, including GPU performance, which is crucial for creators.

Since then, Microsoft has announced native M1 compatibility for Office 365, and Adobe has just published the M1 version of Photoshop, which it claims gives a 50% performance boost over the MacBook Pro’s Intel-based predecessor.

The support of these prominent developers should promote acceptance of the new Apple Silicon Macs, and rumors of Apple’s next-generation M1X chip have Mac consumers eagerly expecting the next improvements for the MacBook Pro and iMac lines. 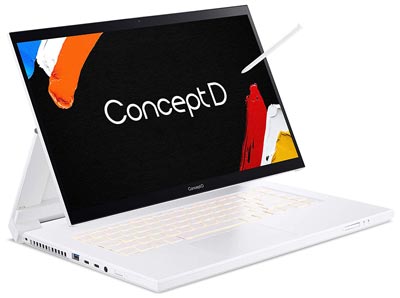 The ConceptD 7 is a stylish desktop replacement laptop for creative professionals, and the manufacturer has added an Ezel variant with an interesting display design.

The 15.6-inch touch screen with 4K resolution, which supports 100% of the Adobe RGB color gamut and will be suited for a wide range of graphics and design applications, is the star of the show. The ConceptD 7 Ezel, like many convertible laptops, allows you to fold the screen completely back to use the device as a huge tablet.

The hinged display panel, on the other hand, can tilt upwards, allowing you to sketch at a more comfortable angle using the integrated Wacom stylus. 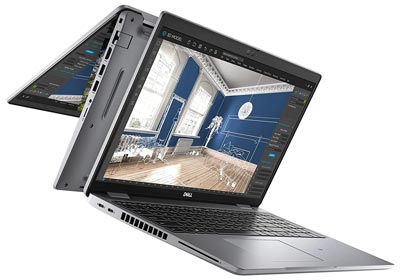 If you’re on a tight budget, a machine with Intel’s integrated Iris XE graphics costs roughly $1,200, but there are various different configurations available with discrete Nvidia T500 graphics. These models start at $1,879 and include a quad-core Core i5-1145G7 processor running at 2.4GHz (up to 4.2GHz with TurboBoost), 16GB of RAM, and 256GB of solid-state storage. 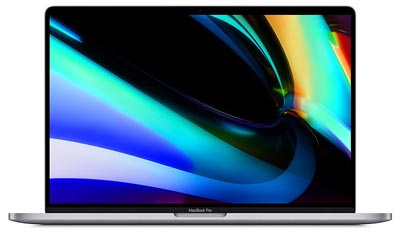 With a totally new Mac Pro and this well-received redesign of its veteran 15-inch pro laptop, Apple switched its attention back to its usual creative audience towards the end of 2019, after years of focusing on the iPhone.

Of course, the clue is in the name, and the 16-inch MacBook Pro managed to squeeze a larger 16-inch display into a body that’s only 9mm wider than its 15-inch predecessor while still weighing only 2kg. The 3,072 by 1,920 (226ppi) display is stunning, and it adheres to the DCI-P3 color standard, which is used in professional broadcasting.

Apple is also making a renewed push into the audio and music businesses, cramming an outstanding high-quality speaker and microphone system into the thin design of the 16-inch MacBook Pro. 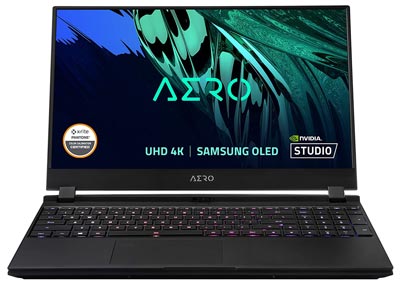 Gigabyte recently announced upgrades to its Aero line of ‘creator laptops,’ taking a break from its usual gaming endeavors. The Aero 15 OLED is the company’s first product, and it features a 15.6-inch AMOLED display with 4K resolution (3840 x 2160, 282.4dpi) and updated Nvidia GeForce RTX 30 Series graphics.

Along with the additional GPU options, this year’s Aero 15 OLED models now support both Adobe RGB and DCI-P3 color standards for professional video editing, which were previously unavailable in previous generations. However, earlier RTX 20 Series graphics are still available in 2020 versions, so double-check the specs before purchasing. 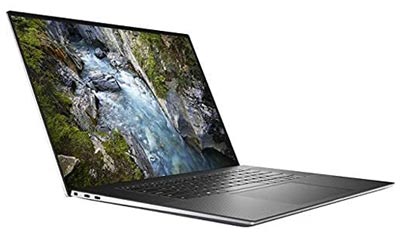 When Dell announced the Precision 5750 at the end of 2020, it boasted that it was the world’s most compact 17-inch workstation, clearly vying for a piece of Apple pie (and, briefly, claiming to be the lightest 17-inch model too). It weighs between 1.8 and 2.5 kg, depending on setup, but that’s still a reasonable weight for such a high-end performer.

Dell’s prebuilt configurations varies in the United States and the United Kingdom, but they are often lower-spec devices with modest FHD (1920 x 1200, 133.2ppi) displays and integrated graphics. 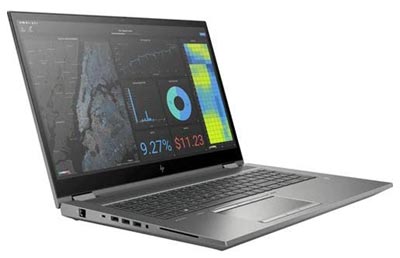 The lightweight Firefly is part of HP’s ever-expanding ZBook mobile workstation lineup, which now includes several different laptop designs. The ZBook Fury G7, on the other hand, sits atop the range like King Kong on a tower.

The Fury G7 is available with either 15.6-inch or 17.3-inch displays, but with a desktop replacement system like this, there’s no point in compromise, so we’d go with the 17-inch variant, which starts at 3kg depending on configuration. It’s also worth noting that HP makes no mention of battery life, implying that this is a laptop meant to be used as a desktop replacement at home or at work. 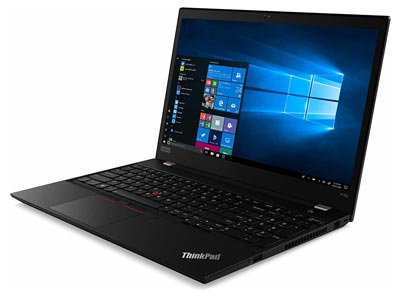 Although Lenovo’s P-Series mobile workstations aren’t the most powerful, the 15.6-inch ThinkPad P15s is an appealing entry-level device that combines a lightweight, 1.75kg design with solid performance and cheap pricing.

The 4K display supports 100% of the Adobe RGB gamut, but there is no support for the DCI-P3 standard, which is extensively used in video editing, implying that the ThinkPad P15s is primarily focused at 2D graphics and design use cases. Other variants in the ThinkPad P-Series, on the other hand, include Xeon processors and more powerful GPU options for 3D design and video editing tasks. 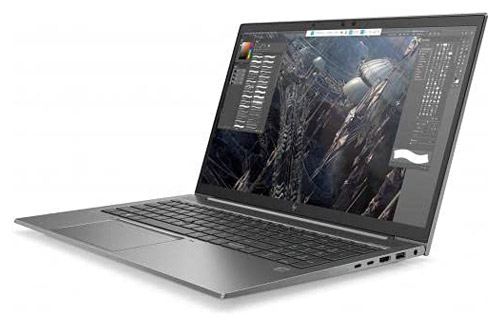 HP’s ZBook notebooks have already impressed us, and the company is continuing to expand the ZBook line with a variety of models aimed at various types of creative customers and workloads. The ZBook Firefly is the thinnest and lightest model in the lineup, with a 15.6-inch display that measures 19mm thick, weighs 1.75kg, and has a 14-hour battery life. A 14-inch model with a weight of under 1.4kg is also available.

The ZBook Firefly is primarily focused on 2D graphics and design work due to its lightweight design, and the display only supports the sRGB color standard. Of course, there are larger and more capable ZBook variants that support DCI-P3 for video editing tasks. 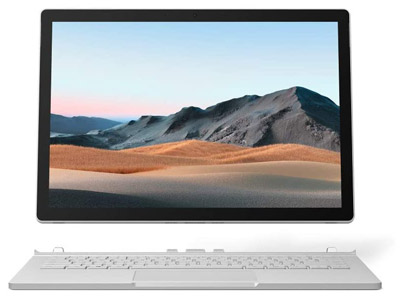 The Surface Book’s detachable form has been immensely popular, particularly among creative customers who like the freedom of utilizing it as a tablet with (optional $80) pen for sketching and visualisation work.

The Surface Book 3, like its predecessor, is available with either a 13.5-inch or a 15-inch display, though creative users will likely choose the 15-inch model with a not-quite-4K display (3240 x 2160, 260dpi). The entry-level model costs $1,699.99/£1,679 and is powered by a 10th-generation Core i5 processor with integrated Iris Plus graphics, although only the more expensive Core i7 variants include a separate GPU.

What is the Best Laptop for Graphic Design in 2021?

Graphic designers typically have a long list of laptop specifications. However, it is rare to be able to check off all of the boxes on the list. More than likely, you’ll spend hours investigating all of your options and attempting to discover the best price-features ratio.

Because of its gorgeous look and superior performance, the Apple MacBook Pro remains the number one choice for many designers. Other brands, though, are coming up with high-performance products that are no less visually appealing.