Aside from the iconic lightsabers and imposing spaceships, perhaps what’s most recognizable in Star Wars films is the font, which stands out right from the very beginning. Accompanied by the exciting intro score, the typography packs a visual punch, adding to the allure of the franchise since the ’70s. So it’s not really surprising why fans of the franchise love the Star Wars logo.

What is the Star Wars Logo Font?

The Star Wars logo font is actually custom-designed. Directors have tweaked and polished the styles over the years, much to the chagrin of fans. The actual title logo that appears in the film was designed by Suzy Rice. Joe Johnson later modified it to the more modern Star Wars logo we recognize now.

There is a free font available today that mimics the look of the original Star Wars font called Star Jedi, created by Boba Fonts, run by Davide Canavero based in Torino, Italy. Davide created the Star Jedi font family using a shareware font editor. You can download it here https://www.dafont.com/star-jedi.font 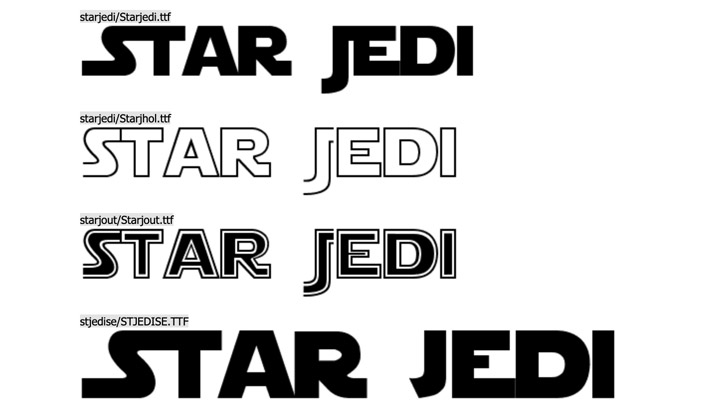 How Do You Make Star Wars Font?

Simply download the Star Jedi font from https://www.dafont.com/star-jedi.font. Open it up in Microsoft Word or Photoshop and choose the Star Jedi font. You can customize any text your want with the cool Star Wars typeface. 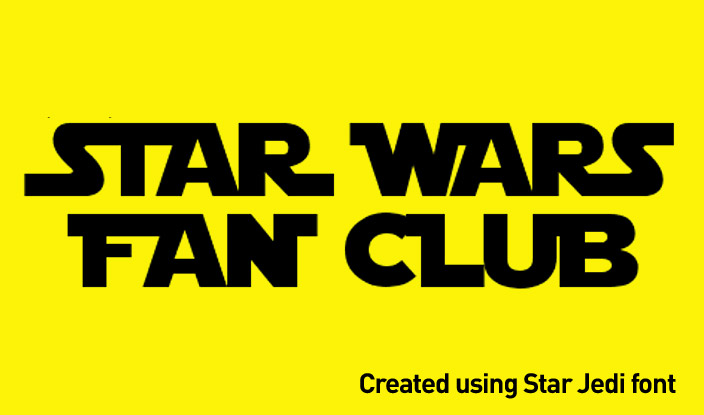 Another method is to download the SVG or PNG file from https://en.wikipedia.org/wiki/File:Star_Wars_Logo.svg. It is a high-resolution vector logo of the Star Wars logo and you can import the SVG to Photoshop/Illustrator and overlay on your design.

What font is Star Wars “A long time ago in a galaxy far, far away…” tagline?

The font for this outer space ‘once upon a time’ was originally made by hand, so you won’t get a perfect match unless you trace a screenshot. However, starting with The Force Awakens, the recent Star Wars films have used a digitized variant of the font, with Franklin Demi being the nearest match.

Once this line disappears, we’re deafened by John Williams’ spectacular opening fanfare and left speechless as the Star Wars logo occupies the screen before eventually drifting off into the background. Shortly after, the opening crawl appears and tells us what has happened so far.

The opening crawl is shrouded in font mystery. The titles of the new Star Wars films, as well as the crawl text, are rendered in a version of News Gothic. This contrasts previous films, which used Univers for the title to create a sense of meaning and gravity, while News Gothic was used for the crawl text.

What Other Font to Match Star Wars Logo? 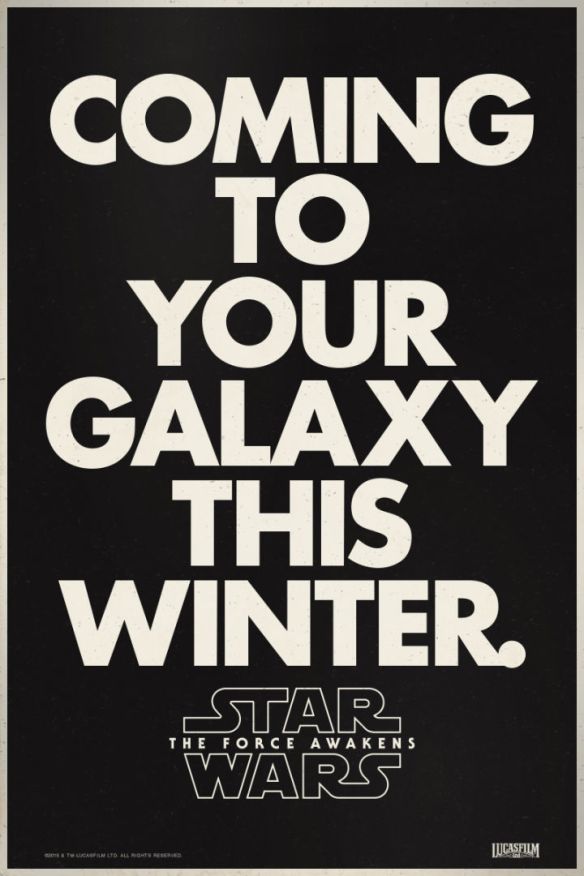 A good matching font your can use for your Star Wars Tshirt or poster design is the Futura Classic Bold font. The Futura typeface is clean and retro. It appears in the “COMING TO YOU THIS WINTER” words of Star Wars: The Force Awakens poster. That is one of the good font you can use.

What Font is Similar to Star Wars?

There have been several iterations of the original Star Wars logo, but the closest one with the original is Star Jedi, as mentioned. 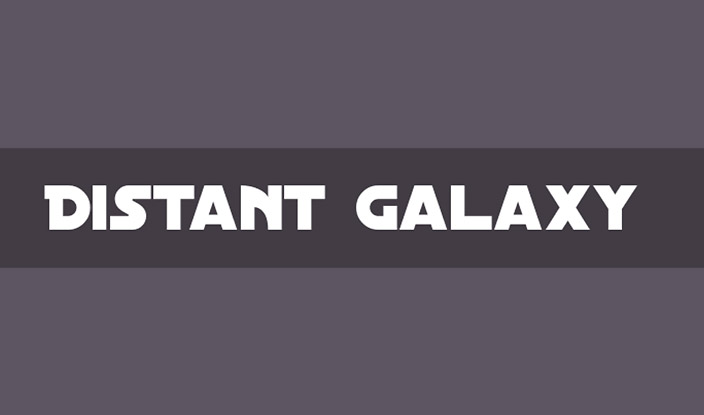 A runner-up is a font called Distant Galaxy. This Star Wars font is available in ten different styles and is completely free. It also includes a symbol pack with logos from the film.

What Font is the Mandalorian?

The Mandalorian follows the main character Din Djarin, a Mandalorian bounty hunter, and his adventures beyond the reaches of the New Republic, five years after the events of Return of the Jedi and 25 years before the events of The Force Awakens.

You can download a free font used for The Mandalorian poster which is called Mandalore Font. It was designed by Iconian Fonts.

To download an SVG file of Star Wars logo, pls go to this link https://en.wikipedia.org/wiki/File:Star_Wars_Logo.svg.

SVG is an abbreviation for scalable vector graphics. It is a file format that helps you to view vector images on your website. This ensures that an SVG image can be scaled up and down without losing quality, making it an excellent option for responsive web design.