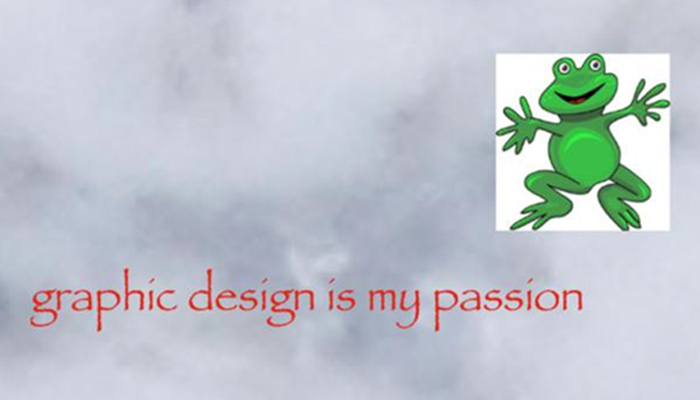 Many designers are curious about the origins of the “Graphic Design is My Passion” meme, who made it, what it means, and, in some cases, how to recreate the meme.

There is no need to look any further. Below, we’ll explain to you how this meme came to be.

Graphic Design is My Passion: Where Did It Come From?

The image is horrible for a reason, of course, being a meme, it should. And that’s what makes it incredibly funny. Check it out: 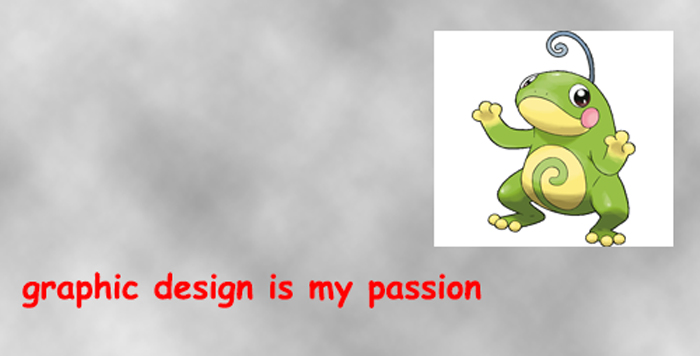 According to KnowYourMeme.com, Tumblr user Yungterra posted an image of a cloudy background with green frog clipart with the caption “graphic design is my passion” written in the Papyrus typeface on July 7, 2014. Months later on the post gathered around 352,000 notes. The infamous cartoon frog can be found on the clipart site Classroom Clipart.

The meme is a sarcastic statement directed at designers. Designers and design firms can be quite enthusiastic about what they do. They also like to make their feelings known. Just take a look at social networking sites like Dribbble, Instagram, and Behance. Designers enjoy sharing their ideas. This overused term is used to mock designers.

The meme is known to be utilized in circumstances where the new UI does not appeal to the user at all.

Someone made a meme with the phrase “graphic design is my passion” on it in a style that no designer would ever make. Getting so many notes or likes was considered outstanding back in the day.

Following that, a slew of variants emerged online. There are versions of the Graphic Design is My Passion meme with awful motion graphics skills, WordArt, and ones that are definitely done in Paint.

What Does Graphic Design Is My Passion Mean?

As soon as My Passion graphic design was created, there was no turning back. Designers, visual artists, and design firms first used the phrase as a lighthearted jab at subpar design. The web community adopted the cliché and transformed it into a caustic jab at designers who took their employment too seriously, as is common in such circumstances.

The meme is a parody of the numerous subpar designs created by amateur graphic designers using programs like Word, Paint, and other free software. Additionally, I would contend that this is motivated by irritation. Many individuals find it difficult to comprehend why a graphic designer would need so much time or money to do a task. In their perspective, it should be quite straightforward and uncomplicated.

Graphic Design is My Passion: Variations in Design

The objective of making this type of meme was to do everything wrong (on purpose) – background, color choice, image cropping, font choice, and whatever else you could think of.

The original meme, you could say, mastered that goal – the cloudy sky background and poorly cropped green Classroom Clipart frog complemented each other wonderfully.

To top it all off, the chewed-out phrase was written in the Papyrus typeface, which is widely despised in the graphic design industry. Soon after, people began competing to see who could make the meme worse, and there are some worthy contenders.

And who doesn’t remember WordArt? We’re sure we all played with it as kids, attempting to create our own colorful works of art.

In addition to the improperly cropped photographs and cartoon characters, memes frequently contained the text Graphic Design Is My Passion written in the world’s most disliked font — Comic Sans.

Examples of Graphic Design is My Passion Memes 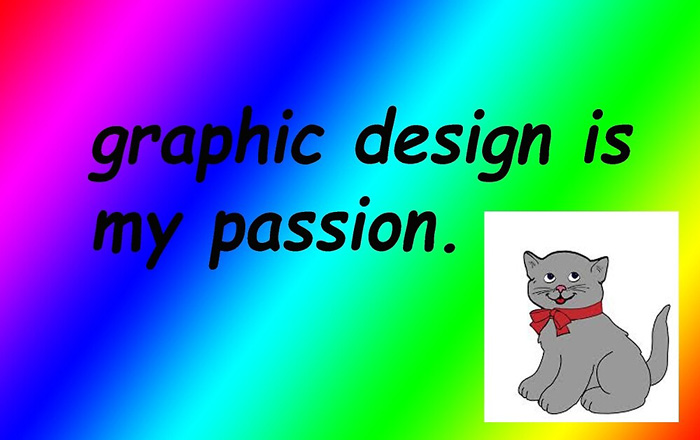 It is the most common and popular sort of meme. It features a rainbow background with a hilarious cartoon object on white. This meme has exemplified how you can choose fonts and work with photos incorrectly.

Graphic Design is My Passion meme with different fonts 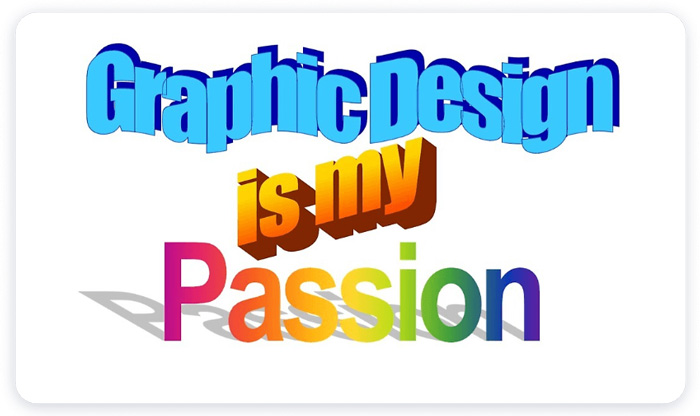 This meme is similar to a product of your computer’s paint editor. Can you recall how the paint editor looked when you first began using a computer? This meme is made up of a jumble of mismatched fronts and a riot of color schemes.

This meme’s text can have a variety of text styles, font weights, and text shadows. It can also utilize a variety of additional approaches to make it more visually appealing to users.

Despite being several years old, this meme’s popularity does not appear to be waning anytime soon. Its key is that it is still relevant today, reminding us that a designer should have fun and love their work while not taking themselves too seriously. Even today, graphic designers use it to poke fun at themselves and show people what they think of their work on social media.

On a lighter note, many design firms have these funny graphic design memes presented as a means to lighten the mood and make everyone’s working environment more enjoyable.