1. Launch Illustrator and press (Ctrl + N) to create a New document. Select Pixels from the Units drop-down menu, enter 783 in the width box and 763 in the height box then click on the Advanced button. Select RGB, Screen (72ppi) and make sure that the Align New Objects to Pixel Grid box is unchecked before you click OK. 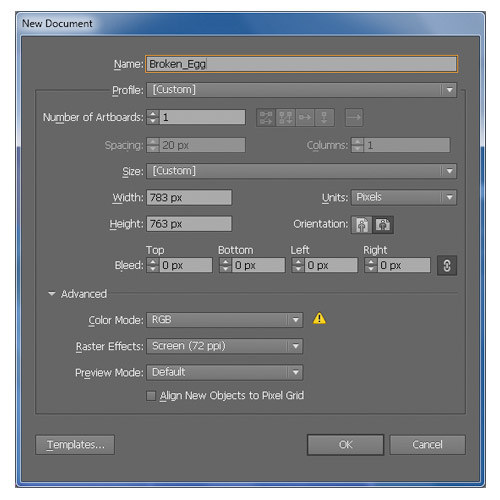 2. Pick the Rectangle Tool (M) and use this tool to create a 636px by 450px object. Next, use the Pen Tool (P) to create two objects similar with the images below. 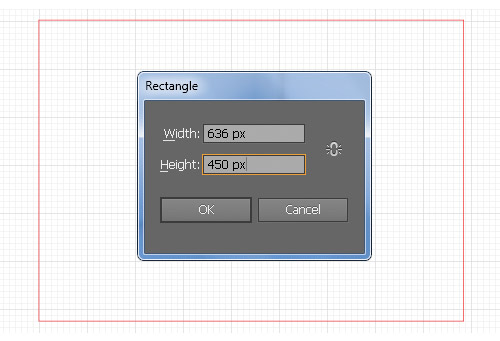 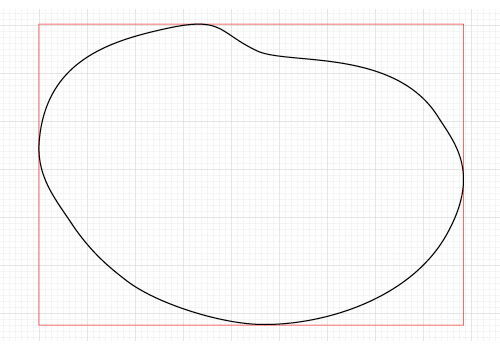 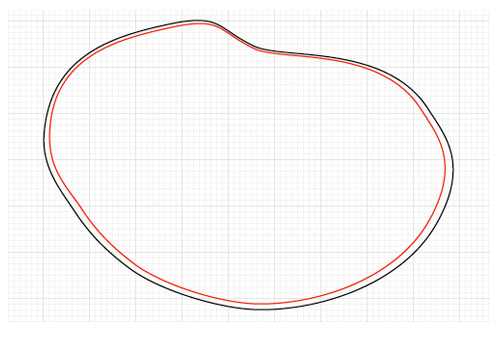 3. Once your objects are drawn, select the rectangle and remove it. Next, reselect the black object and fill it with the linear gradient as shown below, then reduce the Opacity of the resulting shape to 50%. 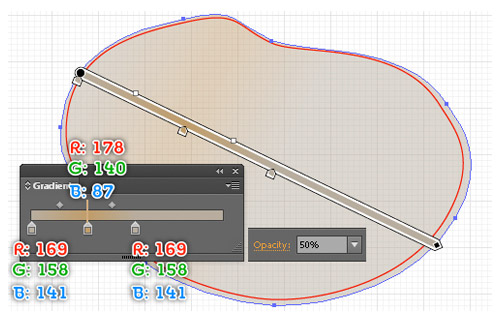 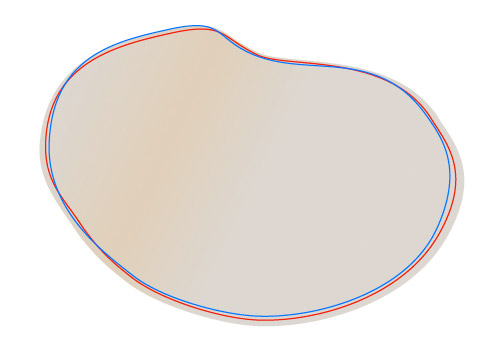 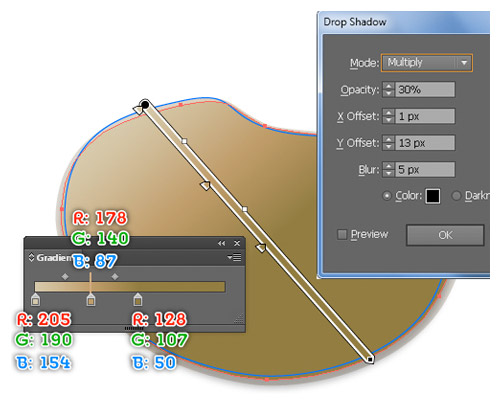 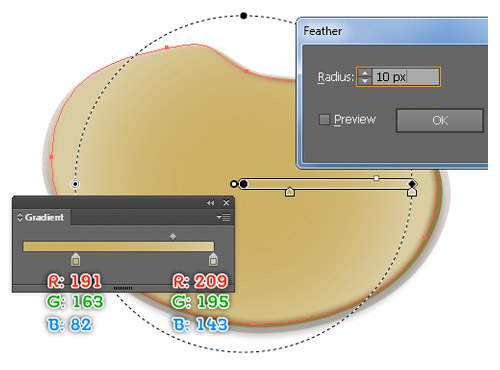 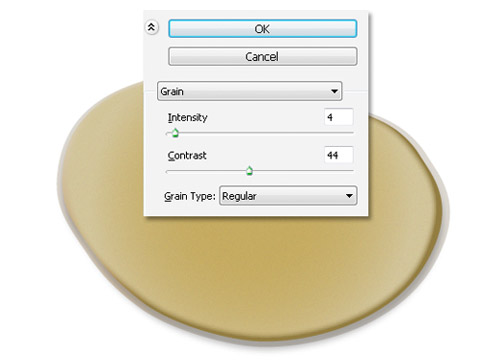 5. To add some details, first draw a curved path similar with the image. Fill this path with none, add a 2px stroke (R=218, G=208, B=171) and then apply the Width Profile 1 for the result. Keep the new object selected. Go to the Effect > Blur > Gaussian Blur. Enter a 3px Radius and then click OK. 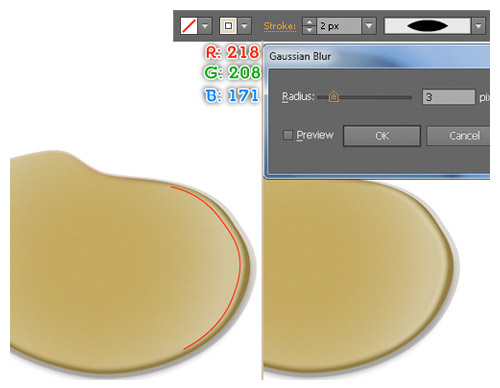 6. With the help of the Pen Tool (P), create an object as shown below. Once your object is drawn, fill it with the radial gradient. Duplicate (Ctrl +C, Ctrl +F) the new shape and move it 10px down and 4px to the right. Next, replace the existing color of the new shape with the new radial gradient and go to the Effect > Texture > Grain. Follow the data as shown in the third image and then click OK. Finally, apply a 7px Gaussian Blur effect for the resulting shape. 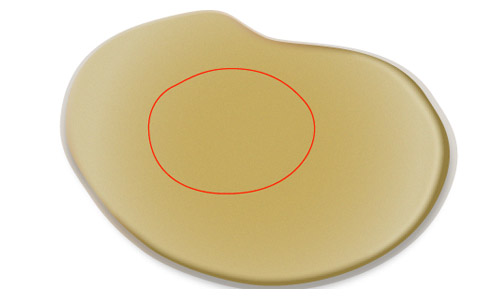 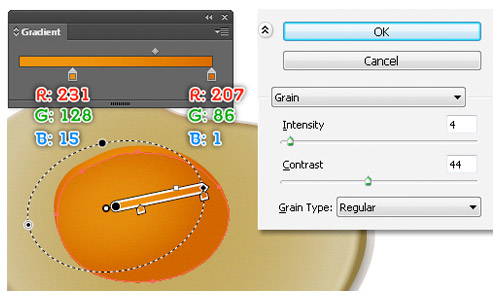 7. Draw another object using the Pen Tool (P) and fill it with the radial gradient similar with the images below. Apply a 15px Gaussian Blur effect for the resulting shape, then press (Ctrl +Left Square Bracket) twice to hide it behind the yolk.