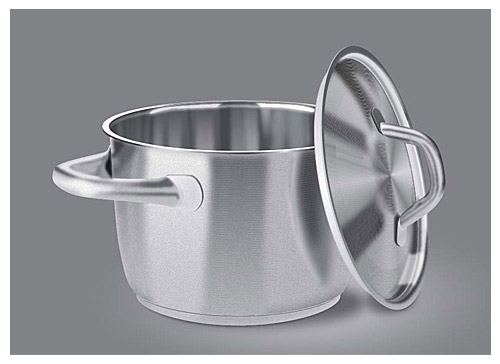 Follow this tutorial and learn how to draw a metal cooking pot using Adobe Illustrator. The tutorial is composed of two main parts, creating the pot and creating the lid. In the beginning, you will learn how to create the main shape using basic tool, basic vector shape building techniques along with some Pathfinder options and Transform effects. The Blend options also play an important role in this tutorial along with the Clipping Mask and the Appearance palette. Let’s start!

Create the Handle of the Lid

34. With the use of Pen Tool (P), create an object as shown below. Once your object is drawn, reselect it and go to the Object > Transform > Reflect. Set the Axis to Vertical and then click Copy. Drag the duplicate that we have just created to the right. Don’t forget to hold the Shift key on the keyboard for straight dragging. Reselect the two newly created objects, open the Pathfinder palette (Window > Pathfinder) and click on the Unite button, then fill the resulting object with the linear gradient as you can see in the fifth image. 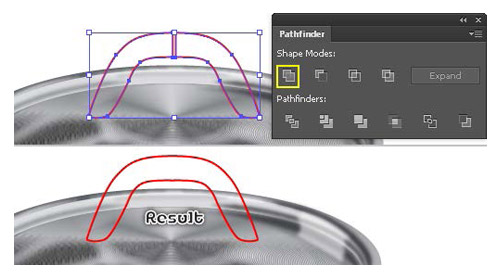 35. We are going to start making highlights on the handle of the lid to give it a 3D look. Using the Pen Tool (P), create three objects as shown below. Once your objects are drawn, fill the turquoise object with R=249, G=250, B=250 and fill the yellow object with R=222, G=223, B=226, then fill the resulting object with R=174, G=176, B=182. Next, apply a 2px Gaussian Blur effect for these newly created shapes and group (Ctrl +G) them. Now select the shape created in step 34. Make a duplicate of it and bring the duplicate to front. Keep this selected and hold down the Shift key and click on the new group created in this step. Go to the Object > Clipping Mask > Make (Ctrl +7). 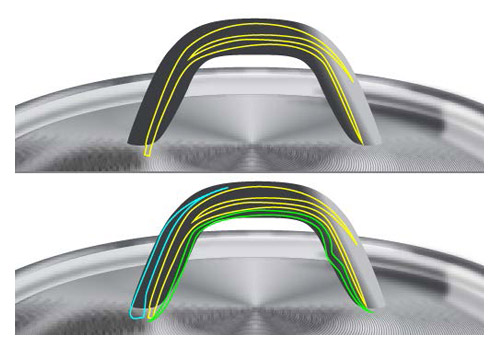 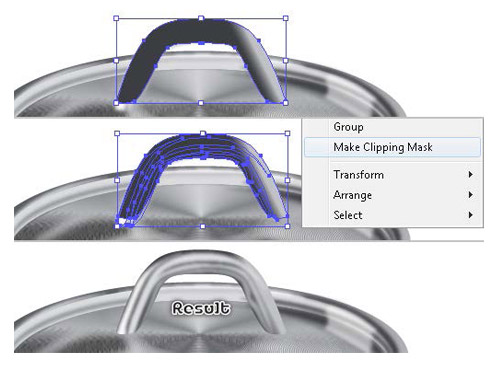 36. Using the Pen Tool (P), create an object as shown below. Once your object is drawn, fill it with the linear gradient as you can see in the second image. Make a duplicate of the newly created shape. Move it 3px down and 1px to the left, then replace the existing color of it with new linear gradient as shown in the third image. Keep working with the Pen Tool (P) to create a curved path as you can see in the fourth image. Fill this path with none and add a 1.5px stroke (R=212, G=213, B=216), then apply the Width Profile 1 for the resulting path. Finally, create an object as shown in the sixth image, fill it with R=56, G=57, B=61 and apply a 5px Feather effect for the resulting shape, then hide it behind the first shape created in this step. 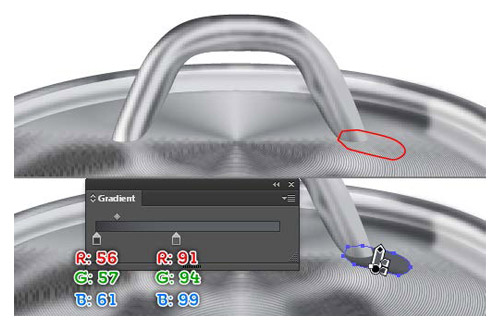 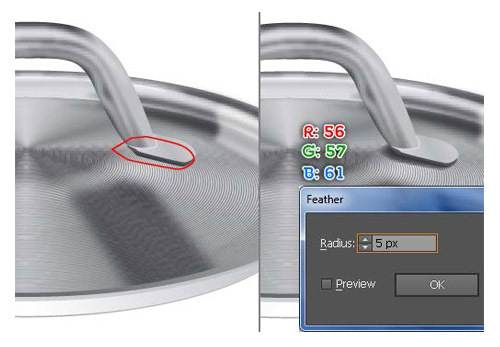 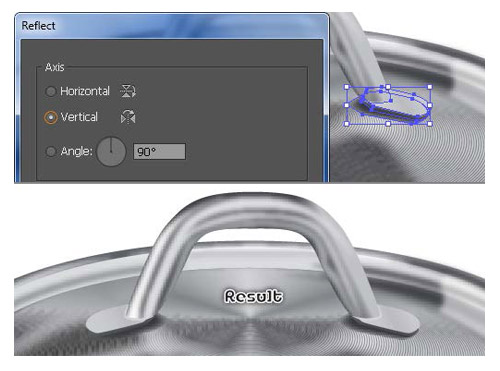 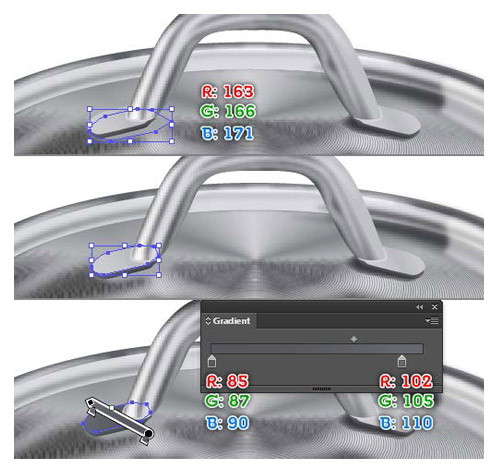 38. The lid is ready and looks like the first image below. Now select and group (Ctrl + G) all the objects created from step 24 up to this time. Next, rotate this group to an angle of about -80 degrees and place it to the position as shown in the second image. 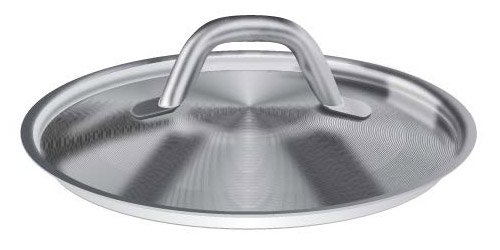 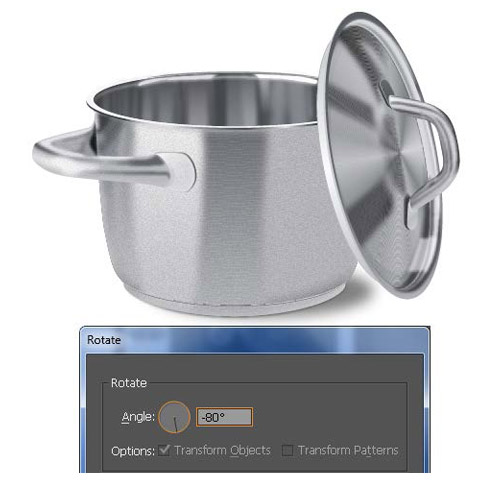