But MrBeast is one YouTuber who has suddenly gained popularity on YouTube and his iconic MrBeast logo is easily recognizable due to its unique design and vibrant color. MrBeast has a devoted following on the site because of his outlandish challenges and exploits. He is known for his donations and challenges. His videos typically consist of him completing a challenge or betting on something, such as how long he can go without blinking. He has also done videos where he has given away large sums of money.

The MrBeast logo has gone through two changes. First, in 2012, the first design was used in his YouTube channel. Then, it was revised six years later. However, the upgraded version was only in use for five months. Last but not least, the web channel chose a ferocious panther to embody its characteristics in the same year.

The YouTuber has a new updated modern logo in 2018. Here, the artist altered the color palette and contour lines of the beast. More highlights and shadows were added to make it eye-catching and more detailed. For instance, the prior black color was changed to a dark blue. The ear, nose, teeth, eyes, and mane also became quite apparent. The ear also rose as the lines decreased from eleven to seven. Sadly, it was used for just over five months.

The tiger cleared the way for a wild panther in June 2018. The new logo design is more simplified now and the colors were flat with no highlights and shadows. The diagonal stripes are artistically marked by ripped edges that resemble scratches or a beast’s claws. The red lightning bolt suggested thunder and lightning. It faces the right and appears lively in comparison to the earlier logos.

Why Does MrBeast Logo work? 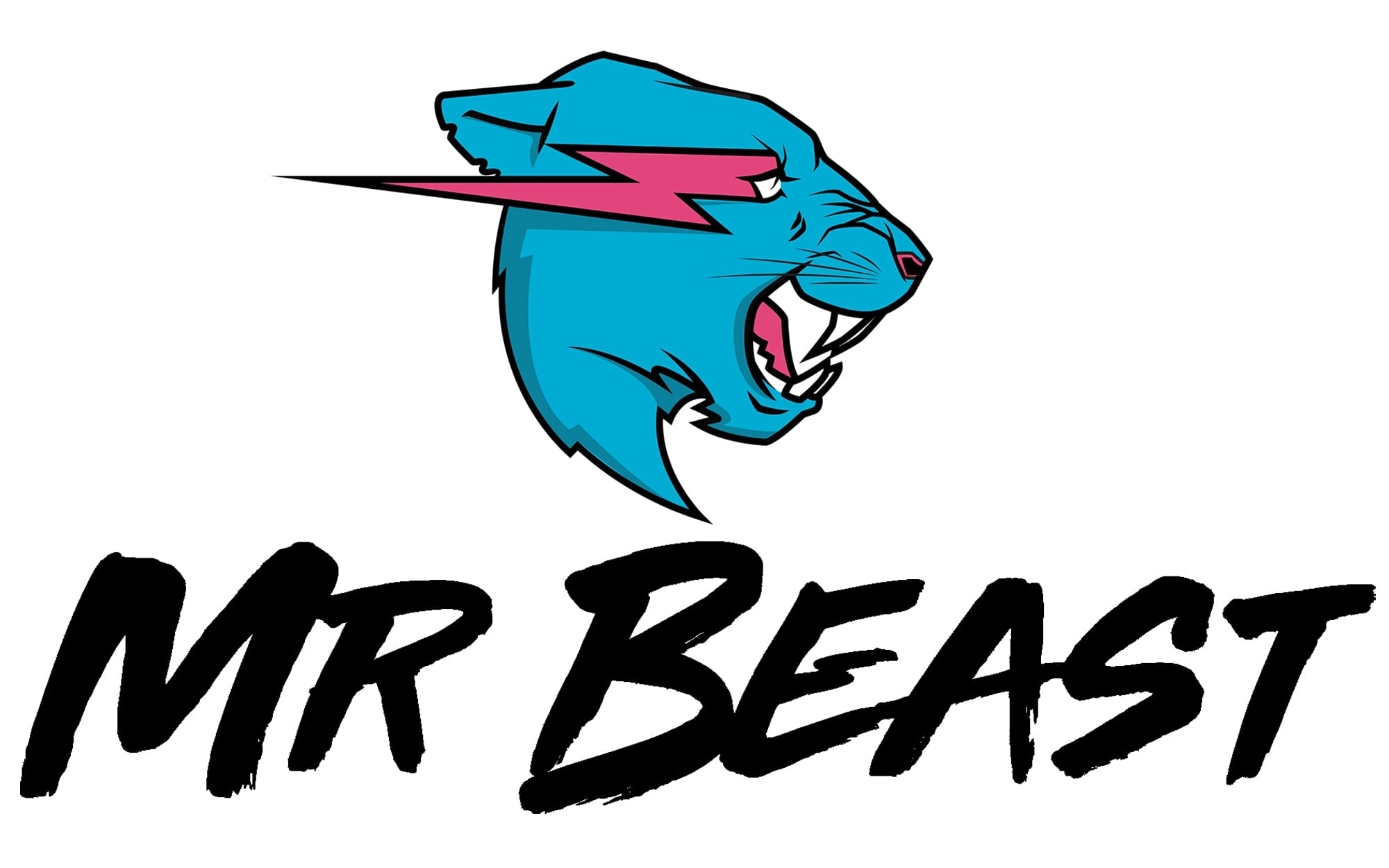 The title is written in individual italic type, reminiscent of broad brush strokes.

What Font Does MrBeast Use to Make Titles in His YouTube Video?

MrBeast uses Obelix Pro font for the subtitles. Add a black stroke to get the black outline on the font.

MrBeast is a popular YouTuber who is known for his extravagant stunts and his generous donations to various charities. He has over 23 million subscribers on his YouTube channel and has raised millions of dollars for various causes.

But who is MrBeast? Where did he come from and how did he become so popular? In this article, we’ll take a look at the life and career of MrBeast and try to answer some of these questions.

You may have seen videos of people doing crazy stunts or giving away large sums of money online and wondered, who is MrBeast? MrBeast is the online pseudonym of YouTube personality Jimmy Donaldson. Donaldson is known for his outlandish videos and extreme generosity. He has given away hundreds of thousands of dollars to strangers, paid off peoples’ mortgages, and even donated millions of dollars to charities.

Donaldson started his YouTube channel in 2012 but didn’t gain widespread attention until 2017 when he started posting videos of himself doing stunts like giving away $10,000 to a pizza delivery driver. Since then, his channel has exploded in popularity, garnering over 20 million subscribers. In addition to his stunts, Donaldson is also known for his “$100,000 generosity challenge” series, where he gives away large sums of money to people in need.