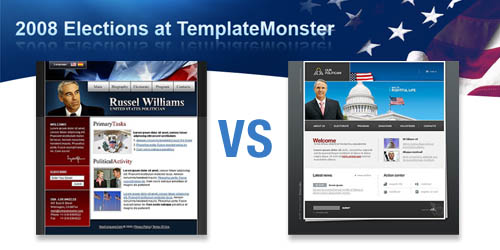 TemplateMonster is holding its own lottery and elections to celebrate the Independence Day. With elections for the U.S President just around the corner, TemplateMonster came up with the idea of holding its own elections. However, you won’t be voting for Barack Obama or John McCain. But you will be voting for the design that you find more suitable for America-the-beautiful. The design that gets the most votes will win. And 6 lucky winners who voted for the winning design will be announced. The winner gets to win fabulous discount coupons and web templates from TemplateMonster. On top of that, TemplateMonster is giving away a set of FREE Patriotic Iconset (worth $50) for every voters.

So hurry and cast your vote. Your every vote counts!

Vector Diary Gets a New Look!